It was a very satisfactory feeling watching the three walking football teams on the island in the recent tournament with a visiting team from Crete. It was the first tournament organised by the Cyprus Walking Football Federation. The standard of the football has been raised so high since all the teams first started.it was also encouraging to see so many supporters turning out to support their teams.

On the day Aphrodite Wanderers ran out winners defeating ourselves in the final match by 2-0. However, on the day it was the strength of comradeship that was the winner.

Aftet the matches a social evening was held at The Local taverna where the Crete Titans invited all the teams back to Crete next year for a return tournament.

Our Ladies section has continued to attract new players and we now have 16 players signed up. We have introduced an extra Monday session for women only where they can get specialised training. They are still encouraged to mix in with men particularly in our Wednesday evening sessions.

Our September Player of the Month has deservedly been awarded to one of our older members. Ian Barrett is one of our goalkeepers who defies age by giving and jumping around in goal making save after save. He gives encouragement to all around him and has overcome various illnesses to still become one of our most regular members.

A few of our regular Tuesday and Friday morning sessions players have returned to the UK and we have vacancies for new members. Our sessions start at 8 30 am and coaches are on hand to give advice and tips. More information about any of our activities from John on puwfc.sec@gmail.com.

The Cyprus Meteorological Service have issued a Yellow Thunderstorm for Cyprus. The warning is in place from 12pm until 8pm on Monday 7th November.

From Japanese potstickers, to Chinese dim sum, to Mongolian buuz, to mantii in Kazakhstan and Kyrgyzstan, to Russian pelmeni, pierogi in Poland, varenyky in Ukraine and Romania, nokedli in Hungary, a common favourite across this vast area, and all of which to us means……  dumplings!
Advertisment 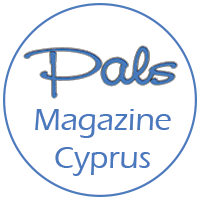