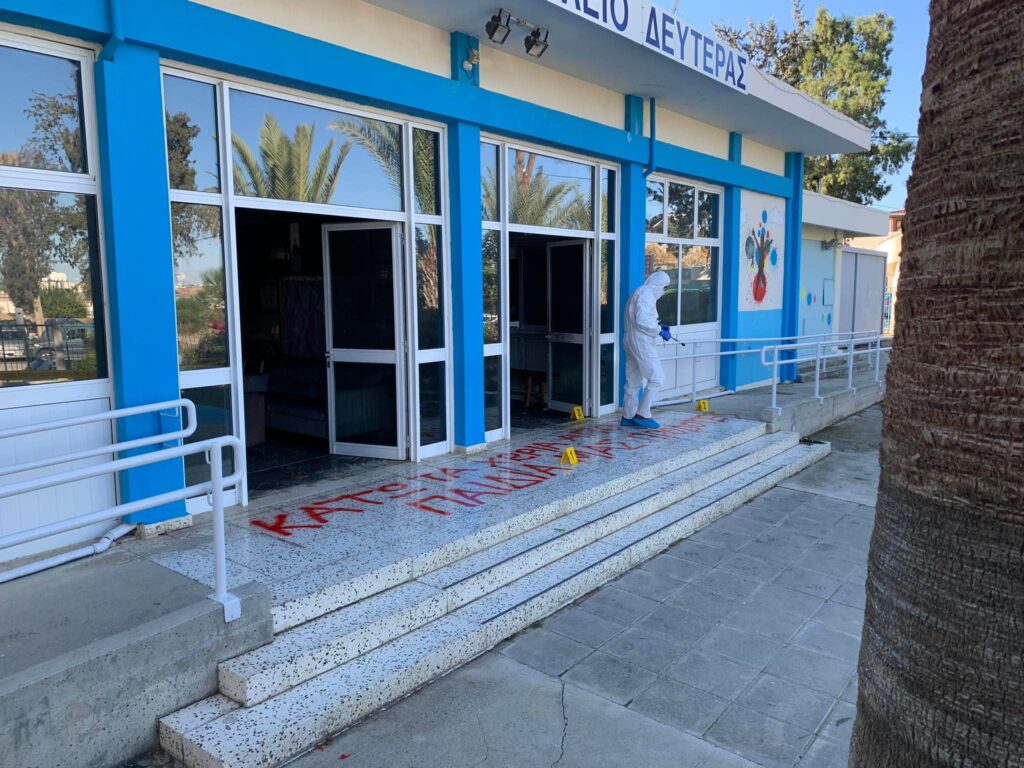 Police on Thursday were investigating a bomb attack at a Limassol primary school and what appeared to be an arson at a Nicosia primary school, with both incidents thought to be related with government measures to stop the spread of the coronavirus that involved children.

In Limassol, an improvised explosive device had been placed at a primary school in Zakaki at around 1.30am. A second device placed at the school had failed to go off.

Doors and windows were smashed in the explosion while some school equipment was damaged. The windows of a neigbouring church were also shattered.

“It appears the explosive device is large, it is a cylindrical object, and we cannot tell how much damage it would have caused if it had exploded,” Limassol CID chief Marinos Vasiliou said of the second device.

The bomb squad collected the device and were trying to determine whether it was the same type as the one that went off.

A member of the school’s parents’ association condemned the act, which also forced authorities to shut down the facility for Thursday.

“It is saddening to come to the school in the morning and find no children,” Michalis Savvides said.

Later in the morning, a fire broke out at the Deftera primary school in Nicosia, which will aloso remain closed on Thursday.

According to fire service spokesman Andreas Kettis, two fire engines responded around 7am and extinguished the blaze which destroyed the stage at the event hall of the school.

Indications are that the fire was set deliberately, Kettis told Cyprus Mail.

On the floor outside the hall, there was a slogan in red spray paint reading “hands off our children, traitors”.

Restrictions on the size of social gatherings over the holidays are reportedly among new measures expected to be discussed later on Monday by the...
Advertisment